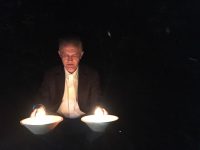 Justice, democracy, election… The reality shows that they can be interpreted in a number of ways. Therefore, it is necessary to look at the essence of everything, not the words. Mandela did not want anybody to experience what he experienced. For him, wrong thing in essence was the discrimination itself. Whether you are a minority or a majority does not matter.

This is actually how the karma works. Let’s say that someone slapped you. Slapping back does not make it fair or justified. If you see that he/she is slapped by someone else, it should not make you happy either. It is his/her fate and is not directly related to your own karmic justification. The karmic journey of a person has its own path. First of all, he/she needs to think about why he/she was slapped. Of course this part is complicated. But this is first awareness. Then?.. In any case, he/she will turn out to be in a position where he/she can slap a person easily. The trick is here. You need to overcome the situation without slapping. That is where the wisdom starts to build up.

Those who create the polarities of today are pumping the opposite of it with their populist policies. They enforce hostility; a constant enemy, a scapegoat. And what they say may change every other day. Chaos … The masses think that he/she is the only one to protect them from the enemies which are not easy to predict.

Hitler did it. He abused the weak area – the lost self confidence of the German people as which collapsed after the 1st World War. Hitler made the Jewish community a target. And the German people tried to get their self confidence back by destroying a different “other” instead of the others that defeated them during the war. Of course, in the second stage, Hitler called all the other “others” enemy who were not at his side and murdered them. Majority of the German people did not realize what was happening for a long time because they relied on him so much and felt a part of the SS tribe.

Koert Debeuf says in his book, Tribalization – Why war is coming: One of the results of this regressive self-defence is paranoia, or loss of trust in ‘the other’. It is the psychological process of projection. We defend ourselves by projecting our own ‘bad elements’ on ‘the other’. Therefore, we create enemies and a spacegoat mechanism to get rid of the ‘dangerous’ other.

In all relationships, be it individual, within the community or at inter-community level, we need to mirror our attitudes and behaviours with this point of view. We need to ask ourselves: Can I be doing what I am doing now due to my anger over something that happened to me in the past and that still hurts? Is it possible that the people who lead me, even the events, could be creating this revenge situation?

If somebody is always blaming others while he/she is victimizing some people… If somebody is asking us to be only at one side… We should remember that we were living happily in the past when we were not polarized like today. Unhappy people like them will not be happier by making others unhappy even if we support them. They will only create more and more unhappy and unsatisfied people. Let’s not be part of them.

As Yunus Emre said 800 years ago: If you ruined a single heart, the prayer you make is not a prayer.